The Australian Foodservice Market is Unique 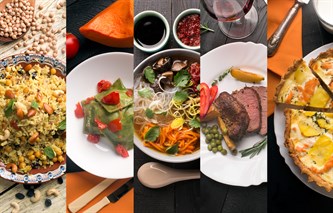 DID YOU KNOW Australia’s Foodservice market is distinctively different from that of other major western markets such as the UK or the US?

While it may be tempting for some manufacturers and marketers – especially those with operations or head offices in those countries – to compare them with Australia, it’s more important to contrast them with our market. The Australian market has evolved over many decades and has its own particular demographics.

For example, the bulk of volume dining in the UK and US market is to be found in chains (whether franchised or wholly-owned), across the café, QSR and middle range restaurant sectors.

This stands in sharp contrast to Australia, where independent restaurants, cafés and eateries still predominate. The influx of QSR chains which began here in the late 1960s/early 1970s has yet to reach anything like the levels of the UK and US.

“The Australian foodservice market is simply unique in the world,” emphasises FI Foresight Managing Director Sissel Rosengren. “More than anywhere else, we embrace a vast number of cuisines and eating out options and we identify all these as ours, rather than seeing them as offering foreign food.”

There is much more to talk about in this extensive topic and we will look at it in more depth next month.