Why drones are not taking off with our food

We have been promised by many leading and innovative companies, that in the not-too-distant future, we will have our food and drinks delivered at home to us by drones. A fast and easy drone delivered dinner sounds amazing in theory, but according to leading futurists, it’s still just a pipe dream. 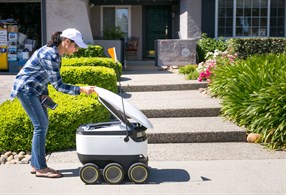 Research from comparison site finder.com.au revealed Australians spend roughly $2.6 billion each year on food and drink delivery through companies such as Menulog, Deliveroo, Foodora and UberEats. Approximately a third of Australians living in capital cities order their meals through these companies, with 68 million online food orders made each year and over 7,000 orders each hour.

Time-poor Australians are increasingly turning to the ease and convenience of a no fuss, at home delivered meal, with minimal human interaction. With such a large market, foodservice businesses such as Guzman y Gomez and Dominos are now investing in expanding delivery technology in Australia to capitalise on this business.

Ideally, land based and aerial drones could resolve a number of delivery issues operators currently face. Labour costs, emissions and wait times would be reduced, and it offers greater accuracy and reliability (a drone isn’t going to steal a chip or two on its way to the customer).

But at the moment, logistics don’t currently match up with reality, and it also welcomes a host of privacy and safety concerns. According to food futurist Rod Fowler, it’s more of a PR stunt than a practical business option at the moment. “A lot of businesses are looking into this technology, but at this stage its being used to grab headlines more than anything else. It’s not viable as a mainstream mode of delivery, and I don’t think we’ll ever really reach the stage where drones are delivering everything,” he said.

Mr Fowler, who has recently wrapped another successful annual trend zone series at the Fine Food 2018 trade show in Melbourne, believes the technology is nowhere close to being commercially applicable. “It’s easy to be swept up in the excitement, but let’s not get carried away yet.”

The issue with ground based drones 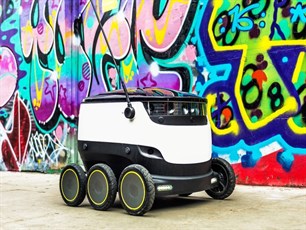 One of the major hurdles facing ground based drones is   an inability to tackle an assortment of obstacles – including   stairs, crowded foot traffic and the interior maze of   apartment buildings.

“When you’re looking at these land based devices, you   could only feasibly operate the technology in a controlled   environment. Think of university campuses, holiday resorts   and the like. Internal deliveries like these could become a   niche,” said Mr Fowler.

But the potential of people tampering with the device   while en route cannot be eliminated entirely. Drones currently  being introduced to the market are designed with cameras   and security measures to deter anyone from attempting to   steal the device or its content. However, it won’t solve all scenarios.

“How do you stop people from interfering with the drone and its package? With their low profile, is there a risk of people tripping over them in crowded areas? How would you feel if your food was delivered in a drone which had been peed on by a dog?” Mr Fowler argued.

Similar limitations exist for aerial drones, with developers still restricted to deliveries which are made on clear sunny days, with no snow, rain or wind. Consider many urban residential areas, which are surrounded by overhead trees, power lines or crowded buildings – offering no safe landing zone for a device to deliver your food. 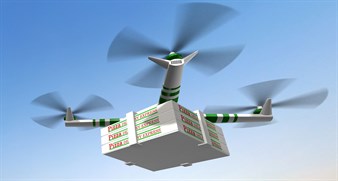 But outside of the scope of the technology itself, regulatory barriers to drone operation could also hinder the mass adoption of automated delivery. Australia’s comparatively lax drone regulatory environment ensures it is easier to test drone delivery technology in the country, but limitations still exist. Approval still needs to be granted before drones can
go zipping through public airspace.

Currently, the only trial of food delivery drones in Australia have been in rural or regional areas, where the closest takeaway restaurant requires a 40 minute drive. If this technology were to be shifted to highly populated, urban areas -  the technology would undoubtedly encroach on private or restricted airspace.

“These drones are equipped with sonar sensors and stereo-vision cameras,  which are understandably in use during the delivery process. It raises concerns about possible recording or photographing of people on private property without their consent. It could constitute trespass to property or invasion of privacy,” Mr Fowler pointed out.

In a nutshell, the regulatory framework currently isn’t in place to allow businesses to suddenly saturate the skies above our houses for the ease of an airdrop burrito or hamburger. “You also can’t forget noise restrictions. An aerial drone, let alone a mass of them, is not silent,” Mr Fowler added.

So if drones aren’t up to the task for our food delivery needs, what does the future hold?

Considering its limitations, Mr Fowler predicts instead that it will be driverless vehicles which will become the default food delivery option of the future. This becomes obvious when you consider the billions of dollars being invested into this technology, with road infrastructure already in place and close to every address to facilitate it.

“Are there some isolated cases where drones delivering our food makes sense? Sure. But why should the foodservice industry invest millions of dollars in drones when billions is already being poured into driverless cars?” he said. 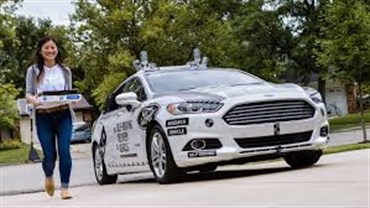 While we all might dream of an endearing robot offering us our piping hot meal at our front door at dinner time, we’re more likely to be stepping outside to a waiting car.